The ability to identify character traits is a skill that upper elementary students need to master before they move on to reading more complex texts and novels in middle school, high school and beyond. Character traits are a crucial element of writing. Once students have a firm grasp of identifying character traits and motivations in the books they read, they can develop more complex characters in their own creative writing.

What Are Character Traits?

Character traits are the crucial aspects of a character’s personality. These elements are made aware to the reader by the narrator and other characters or through observing a character’s actions and choices throughout the story. Readers can better understand the motivations and actions of characters and even make accurate predictions as to what will happen next in the story by analyzing how characters think and behave.

Why Are Character Traits Important to Narratives?

Character traits also establish motivations that prevent characters from seeming as if they act without any real reason for doing so. Going back to the princess pirate, she was motivated to change her life because her current role as a princess didn’t align with her bravery, independence and ambition. She didn’t change her life simply because it would be cool and fun for a princess to be a pirate. 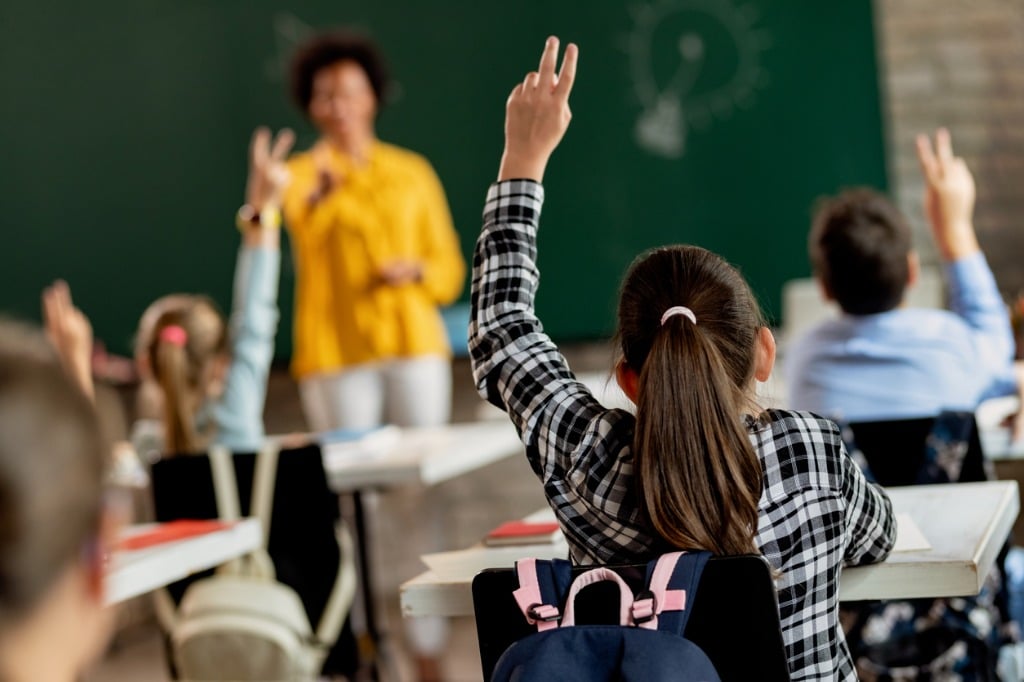 Teaching character traits to young students can be challenging. Basic narrative elements, such as a story’s setting, genre, point of view and characters, are typically easy for elementary students to identify. On the other hand, character analysis is an in-depth skill that requires students to draw conclusions about what they’ve read and gather evidence from the text.

Students need to differentiate between external traits—things like appearance and body language—and internal traits—the intangibles that explain why a character acts the way they do. Your students also need to understand the difference between traits and emotions. These are relatively high-level concepts for young minds to wrap their heads around!

Try discussing a character familiar to the entire class, such as Spider-Man or Wonder Woman. Have your students provide examples of physical attributes, then transition to discussing the character’s traits and motivations. Compare both lists as a class to help students understand the differences between internal and external traits and emotions.

Read the story aloud to the class, and instruct your students to pay attention to the characters’ thoughts, words, actions and feelings. Stop several times throughout the reading to discuss traits and answer questions if the need arises. Guided reading activities and read alouds are excellent places to start when teaching your students about character traits.

Once your students develop a solid understanding of character analysis, encourage them to practice on their own time and discuss character traits with their friends when they talk about the books they read and the movies and television shows they watch. You can even ask them to analyze their friends’, families’ and pets’ traits as a way of transitioning back to school work after a long break!

Have your students make a trait chart by pulling out a blank sheet of paper or opening a computer document and creating three columns. Have them label the columns “Character,” “Trait” and “Evidence.” Start by filling out one or two characters together as a class. Then, give your students some time to work independently or in groups to fill out the rest.

This activity will help your students organize information about the characters in the book your class is reading. You can have your students do this activity after finishing the book or after completing each chapter, or you can simply allow students to fill it out at their own pace as they read the book.

Have your students answer questions like “What was the most important lesson the main character learned over the course of the story?” or “What significant event impacted the main character’s behavior the most?”

Ask “Would You Rather…” Questions

This classroom activity is a fun twist on a classic game that helps students understand the differences between words with similar meanings. This activity is also a fantastic opportunity to teach your students about the value of a thesaurus. If you know the “almost-right” word, a thesaurus can help you find the perfect word. This activity works better when there isn’t an obvious “right” answer and if there are a few new words your students need to look up in a dictionary or thesaurus.

Here are some examples of “Would You Rather…” questions.

A great way to implement writing that focuses on character traits is to have your students rewrite a short story using a prompt that swaps out a significant character’s defining trait with a separate one. It takes high-level thinking for students to determine how a story would change if a character acted differently. It is also hilarious to read the wacky stories your students come up with as they put crazy spins on classic tales. Here are some examples based on classic fairy tales.

It’s surprising how drastically stories change when you swap out one trait for another. This alternate fairy tale activity is perfect for a classbook publishing project and your students can draw illustrations to accompany their stories! Another excellent way to develop your students’ character analysis skills is to have them write a short story about a character with a strong defining trait. Your students should use lots of details that make the character’s trait evident to the reader without explicitly stating the trait within the story. Here is an example of a short story centered around the trait “distrustful.”

Milton’s teacher was handing out pieces of birthday cake to the class, and Milton walked up to the front of the line. When the teacher told him to wait his turn, Milton said, “last time there was birthday cake, there was supposed to be enough for everyone, but I didn’t get a piece.” The teacher told Milton there was more than enough cake this time and instructed him to go back to his place in line and wait his turn.

Milton went back to his place in line. He was worried because his teacher told him the same thing last time, but there wasn’t enough cake to go around. Milton watched his teacher pass out the cake, one piece at a time, and he developed a sinking feeling in his stomach as she handed a piece to each of his classmates. He was very worried that there wouldn’t be enough cake for him, even though the teacher promised there would be.

Have each of your students share their stories with the class, and their peers can try to determine which trait they chose. This activity is versatile because you can repeat it over and over with different ones as your students begin to understand more complex traits!

Write About a Character Whose Traits Change

Many stories feature a character or multiple characters whose traits evolve over time as they learn more about the world around them and interact with other characters. Your students can practice this dynamic by writing a story about a character with a defining character trait that morphs into a different one by the end of the story.

Stories like this usually start with a character who has a negative trait As the character experiences significant events and learns lessons throughout the story, they begin to develop the opposing positive trait. Encourage your students to use this trope rather than swapping one random trait for another or starting with a positive trait and ending with a negative one.

You can assign character traits for this writing assignment or have your students choose their own. You should approve their choices before they start writing to make sure they’re on the right track. Here’s a list of examples you can use if your students have trouble coming up with their own traits.

Motivating Students to Participate with a Tangible Result

An excellent way to motivate your students to participate in your writing lessons and activities is to offer them the chance to become real-life published authors! Our classbook publishing kits provide you with all the resources and instructions you need to turn your students’ hard work into a beautiful hardcover book that you, your students and their families can cherish for the rest of your lives.

Sign up today to receive your FREE classbook publishing kit, or check out our blog and online Teacher’s Lounge for additional lesson plans, worksheets, resources, classroom activities and writing prompts!